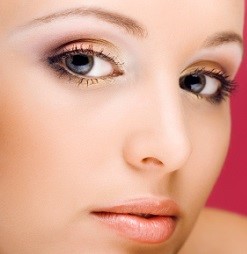 The nose is a complex thing. It’s the organ that you use to smell the aroma of your morning coffee, of freshly baked apple pie. Besides indulging in enticing fragrances, your nose also helps you breathe, which happens to be quite important to your survival. Let’s examine the anatomy of the human nose in more detail.

The nose helps us breathe by acting as a passageway to our lungs. It provides the right amount of pressure to help move the air from the nostrils to the lungs, where oxygen is then absorbed into the bloodstream and transported to the rest of the body. The nose behaves as an excellent filter, making sure that no impurities enter our system. It also helps regulate our body temperature by allowing our systems to become warm or cool depending on our environment.

The exterior anatomy of the human nose includes structures such as the nasal cavity, the paranasal sinuses, blood vessels, as well as lymphatics. The externally visible parts of the nose include the root, dorsum, and apex. The root sits between your eyes, while the dorsum is the part that goes down the center, or middle, of the nose. The apex, as the name suggests, is the nose’s tip.

There are two openings found underneath this entire structure called nares, or nostrils. They aid in breathing by allowing air to enter. These nostrils are divided by a cartilaginous structure called the nasal septum. The outwardly visible section of tissue separating the nostrils is known as the columella.

The bony part of the nose features the nasal septum, nasal bones, and facial bones such as frontal, maxillae, and palatine bones. A large percentage of the human nose is made of cartilage.

Air enters the nasal cavities through the nostrils and then travels to the nasopharynx and later to the lungs. The nasal cavity’s walls consist of the roof, floor, medial wall, and lateral wall.

The floor and roof are separated into different segments named after the corresponding underlying bones. The medial wall is a perpendicular plate that consists of cartilage, the vomer, the ethmoid bone, and the palatine and maxillary bones. The lateral wall consists of three conchae: the superior, inferior, and middle.

Your face has pockets within the bone which make up the paranasal sinuses. These air-filled cavities sit within the maxilla, frontal, sphenoid, and ethmoid bones. These sinuses are also lined with mucosal membranes and have tiny openings that lead to the nasal cavity.

It goes without saying that we cannot live without our nose. Through millions of years, our bodies have designed the perfect structure to help breathe and sustain life.

Now that you have more of an understanding of nasal anatomy, you can arrange a rhinoplasty consultation with Dr. Stephen Herring. Dr. Herring, a board-certified plastic surgeon, will be happy to discuss any nasal issues you might be experiencing, be they cosmetic or functional. Contact our office to schedule your consultation.