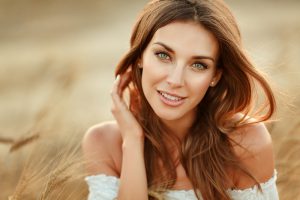 When planning a rhinoplasty, both aesthetic and functional aspects are considered. Many patients seeking rhinoplasty do not have a functional problem. The primary reason for seeking rhinoplasty in this group of patients is to improve the appearance of the nose. There are many anatomical reasons patients seek rhinoplasty. Many of these reasons are inherited family traits that can vary widely even in members of the same family. In some circumstances these family traits may be acceptable or desirable in one gender, while at the same time be less desirable in the opposite gender. In some circumstances the anatomical characteristics are so distinguishable, and are a part of that person’s identity, that complete correction is not desirable. Many factors are considered during rhinoplasty planning, including existing nasal anatomy, gender, facial shape, ethnicity, familial characteristics, skin thickness, and of course, patient goals.

The primary structural elements that provide shape to the nose are cartilage and bone. The internal anatomy of the nose is very complex, and understanding nasal anatomy is difficult without the utilization of images and diagrams. During the consultation, images and diagrams are utilized to understand the desirable anatomy, the specific anatomy of the patient, and the techniques available to change the appearance of the nose. There is no single plastic surgery operation to improve nasal anatomy. Every operation is different based on the specific anatomy of the patient and the goals of the patient.

A prominent nasal dorsum (hump on nose) is a common reason that patients seek rhinoplasty. This is commonly an inherited anatomical characteristic. A prominent nasal dorsum is considered a masculine characteristic and reduction can dramatically change the general appearance. Problems associated with the nasal tip are another common reason a patient seeks rhinoplasty consultation. Correction of an overly broad nasal tip, or a prominent nasal tip, or drooping nasal tip can likewise significantly change a patient’s appearance. Changing both the dorsum of the nose and the nasal tip can dramatically improve a patient’s appearance.

To make an appointment for a free rhinoplasty consultation, call Herring Plastic Surgery at 910.486.9093.